You're Invited to these upcoming Flying Colors Events! 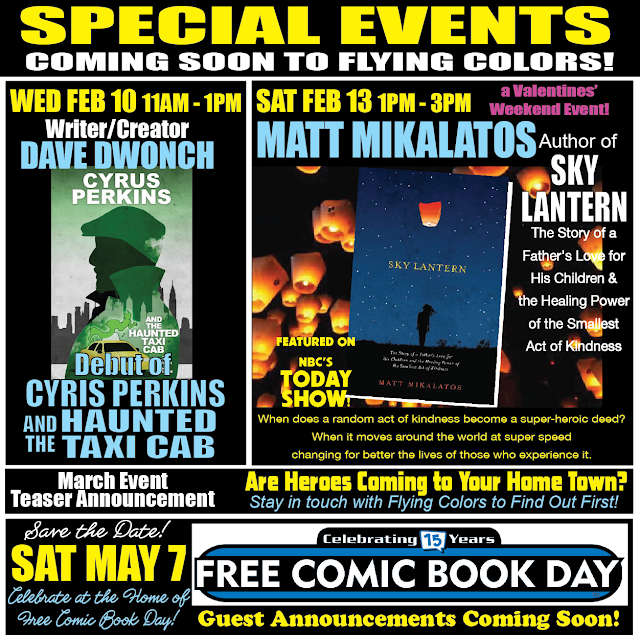 A Different Kind of Super-Heroics 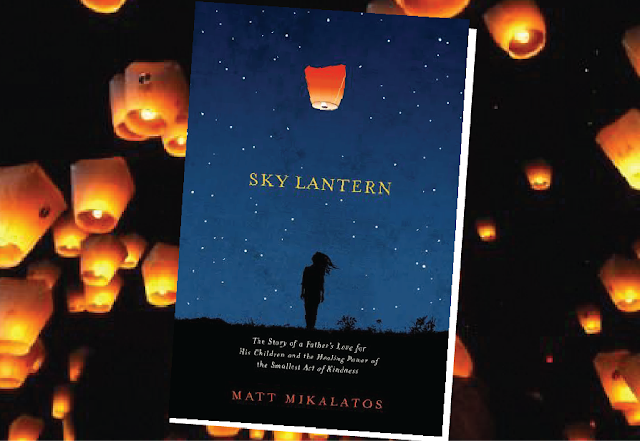 "When does a random act of kindness become a super-heroic deed? When it moves around the world at super speed changing for better the lives of those who experience it."

That's our short description of SKY LANTERN and we are pleased to welcome author Matt Mikalatos to Flying Colors for this Valentine's Day weekend event.

By the way, not only is Matt a well known author and speaker, he is also an alumni of the Flying Colors' staff! So this event is in part a homecoming for a local kid who has received worldwide recognition for his work.

In this best-selling book--- "Sky Lantern: The Story of a Father's Love for His Children and the Healing Power of the Smallest Act of Kindness"--- Matt Mikalatos offers a poignant and compassionate look at a father’s relationship with his children, the healing power of a small act of kindness, and the certainty that even death can’t stop love in a deeply moving memoir inspired by a sky lantern with a scribbled note and the journey to find the child who wrote it.

We hope you can join us! 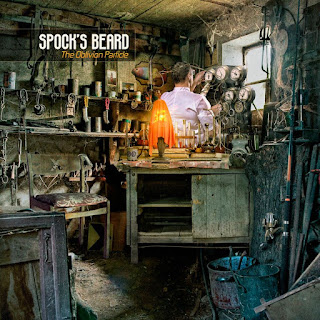 One of my favorite parts of owning Flying Colors Comics is being able to recommend my favorite comics and graphic novels every day. It's very satisfying to have readers come back and tell me how much they loved the stuff we recommend here.

Another benefit to owning this business is being able to listen to some of my favorite music here in the shop. That often brings questions from customers asking what we're playing on the store's sound system...and I love it when the music I recommend becomes someone else's favorite, too.

So here are some of my favorite slabs of music I discovered in 2015. Some new, some old, some prog, some pop... so, in no particular order, let's get on with it! 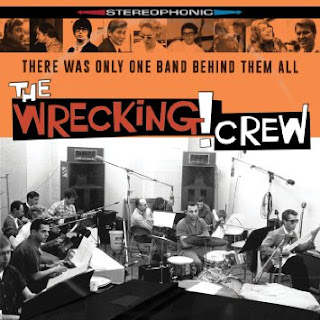 Those who know me know I've been a long-time fan of Spock's Beard. They've been through some big personnel changes over the years, but the core of the band, guitarist Alan Morse, bassist Dave Meros and keyboard whiz Ryo Okumoto, is still there after 20 years, providing the backbone of this virtuoso outfit. Now with drummer Jimmy Keegan and lead vocalist/guitarist Ted Leonard, the mighty SB continues to deliver music that is powerful and melodic.
From the opening epic "Tides of Time" through to the album closer "Disappear" the band delivers a brand of prog-rock that is nuanced, skilled and fresh. 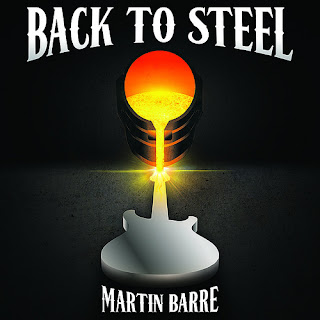 One trivia bit: A number of years ago, I was trying to get a CD made of comics' themed songs by some of my favorite musicians. Originally this was going to be a project from power pop label Not Lame Recordings, until that label ceased operation. A couple of songs from this project are out there, including a live cover version of Donovan's "Sunshine Superman" by pop meister Willie Wisely.

Then, there's a track I commissioned that has become the bonus track to Spock's Beard's "Oblivion Particle"... a version of Black Sabbath's "Iron Man" anthem with Dave Meros doing lead vocals. An SB first!
Get "The Oblivion Particle" HERE!
And while you're at it, pick up the new and excellent SB compilation "Spock's Beard: The First Twenty Years." 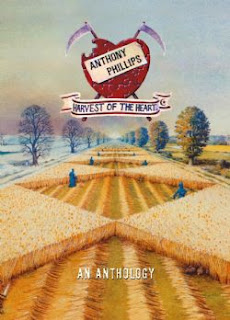 Until August of 2015, I had never been across the Atlantic. That's when Libby and I took a two week trip to Ireland, London and Paris with the initial impetus for the trek being a concert in London by this great band. You can read about the band and the trip HERE!

The music, for me, is as emotional, elegant and epic as the best classical music, yet still contemporary. This band of eight stellar players, augmented by a five piece brass section, bring to life songs that are journeys... musical excursions, occasionally historical, always engaging.

Lead singer David Longdon once auditioned to replace Phil Collins as the lead singer for Genesis. Drummer Nick D'Virgilio did some studio work for Genesis. Lead guitarist Dave Gregory was a member of the longtime favorite XTC.
Big Big Train is a band that is capturing the attention of many more music lovers these days. Listen, learn and love! 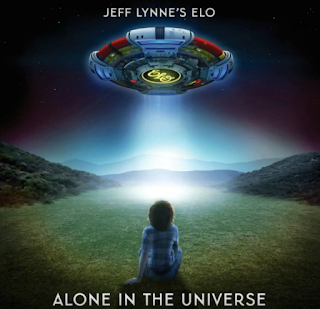 MARTIN BARRE "Back to Steel"
The former lead guitarist of Jethro Tull was a pleasant discovery on "Cruise to the Edge." British bluesy in spots, rocky in others and just a bit proggy, the Martin Barre Band's live shows were full of fun and energy, along with some classic hits, like this take on the Beatles' "Eleanor Rigby."

WRECKING CREW compilation.
If you haven't Netflixed the Wrecking Crew documentary, you may not be aware of the musicians that played on the biggest hits of the '60s and '70s that came out of California. Watch the movie, read the book... buy the 3-CD set. Classic and fantastic stuff!

ANTHONY PHILLIPS "Harvest of the Heart" boxed set
The original lead guitarist of Genesis (are you sensing a theme here?) was not cut out for life on the road and endless tours. His forte has always been as a songwriter. More pointedly, he's a great "imagineer" of soundscapes.

Phillips' music on this five disc set veers from his stabs at pop, to his home base of prog to orchestral pieces that can be understated, emotional and majestic. Exquisite stuff!

JEFF LYNNE'S ELO "Alone in the Universe"
My first exposure to the old Electric Light Orchestra was their "Eldorado" album from 1974. I've been a fan ever since. 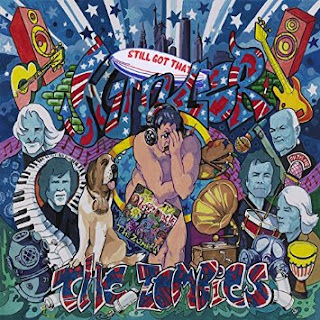 While most of the other ELO band members have split from working with Jeff Lynne, as the band's songwriter and vocalist through its million selling hey-days of the '70s and '80s, this new CD is the best kind of musical comfort food. It's immediately accessible and familiar, but still engaging and fresh. 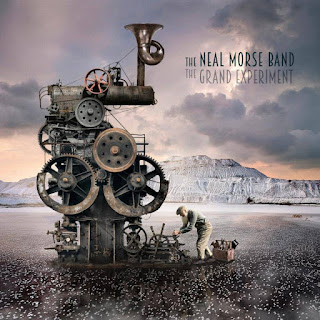 STEVEN WILSON "Hand.Cannot.Erase"
In the somewhat sequestered world of progressive music, Steven Wilson is the closest thing there is to a true superstar.

Not only does he consistently create engaging music, he now seems to be the go-to guy for classic prog bands when it comes to remixing and remastering old albums (see: YES, King Crimson, XTC, Jethro Tull, Gentle Giant, Roxy Music, etc).

"Hand. Cannot.Erase" is a tour de force of progressive music that straddles the borders of melodic and metal, it's both thunderous and thoughtful.

THE ZOMBIES "Still  Got That Hunger"
Remember the old hits "Tell Her No", "She's Not There" and "Time of the Season"? Classics one and all. That makes it all the more refreshing when Colin Blunstone, Rod Argent and company deliver something new. Poppy, a little jazzy, some sticky melodies and Blunstone's still buttery voice make this one a stand-out! 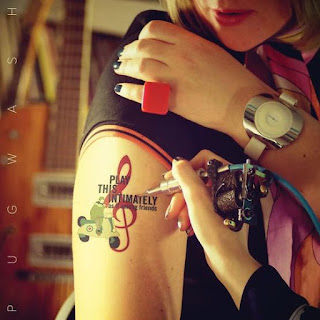 THE NEAL MORSE BAND "The Grand Experiment"
One of the many highlights of 2015's "Cruise to the Edge" was seeing this band perform on the pool stage as we sailed away into the Atlantic evening.

"The Call" and "Alive Again" are long and beautiful epics with stellar playing from the whole band. "Waterfall" is possibly my favorite ballad of the year. There's a lot of passion in the playing here.

PUGWASH "Play This Intimately (As If Among Friends)" 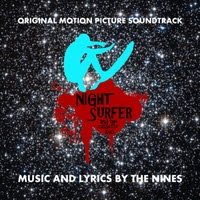 I know this is a band I should have discovered years ago, but 2015 was the year I dove into the superlative pop of this Irish band.

The reasons I should have dug in earlier? The pedigree is there. These guys work with musical geniuses like Dave Gregory (see Big Big Train above) and Jason Falkner (Jellyfish, Beck, etc).

And it's not like songwriter/singer Thomas Walsh isn't a bloody genius himself. In these songs, you'll hear a bit of throwback to ELO, XTC, and the Beach Boys. These are such polished pop gems, I'm surprised they didn't come in a Tiffany's box!

If the song is true that "It's Nice to Be Nice" then let's simply acknowledge that it's also great to be great. That's Pugwash...and when I listen to this music, I feel "Lucky In Every Way."

THE NINES "Night Surfer and the Cassette Kids"

Steve Eggers and company deliver the goods once again with a brand of pop that is worth repeated listens. This Toronto band has songs with a strong melodic core, big hooks and a kind of straightforward production that lets the songs sell themselves. 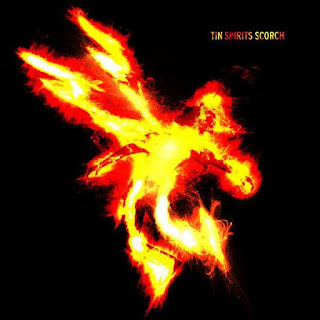 One thing leads to another, right? More than 15 years ago, I discovered Spock's Beard and their brand of prog that melded the styles of  Genesis, The Beatles, YES and, occasionally, Gentle Giant, into a music stew that continues to be delicious all these years later.

As a result of being a fan of SB, I followed Neal Morse into his solo work and followed Nick D'Virgilio into his solo stuff and his later work with Big Big Train. That's where I re-discovered the greatness of Dave Gregory's (XTC) guitar work... 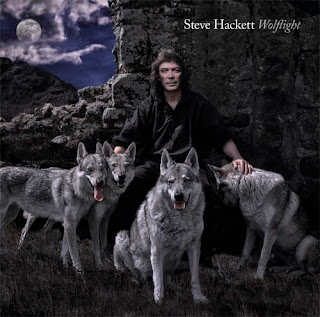 ...and that bring us to Tin Spirits. It's another band that features Gregory's terrific work, this time in a more classic British rock vein. Strong from start to finish, though "Summer Now" is my standout track. "Scorch" was released in 2014.

STEVE HACKETT "Wolflight"
Genesis' second lead guitarist from '71-'77 has a wonderful solo career going, even though it's been a bit under the radar when compared to the crazy successes that came out of Genesis--- Peter Gabriel and Phil Collins (and Mike Rutherford's "Mike and the Mechanics).

But flying under the radar has allowed Hackett to do the music he wants. He's a highly influential guitarist often credited as the progenitor of "tapping," but he's also an accomplished classical styled guitarist. On "Wolflight", written while he was touring the world playing the early Genesis catalog, Hackett found native instruments and incorporated their sounds into his new songs.

From pulsing, anthemic rockers to softer, more acoustic songs (listen to "Loving Sea"), this is an engaging album from a veteran virtuoso player.  Libby and I are looking forward to seeing Steve Hackett and his band in San Francisco in March. 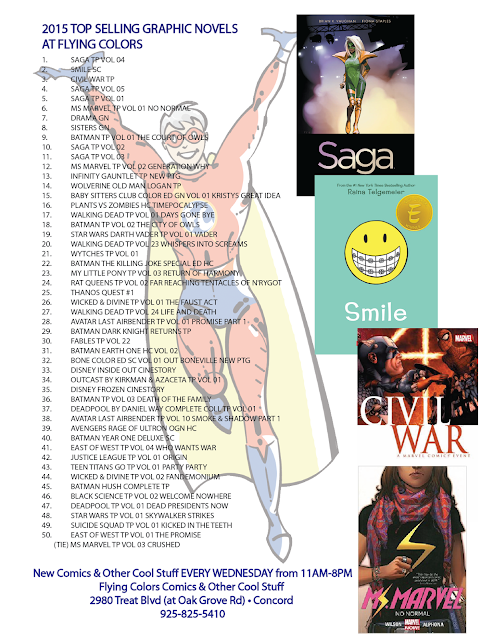 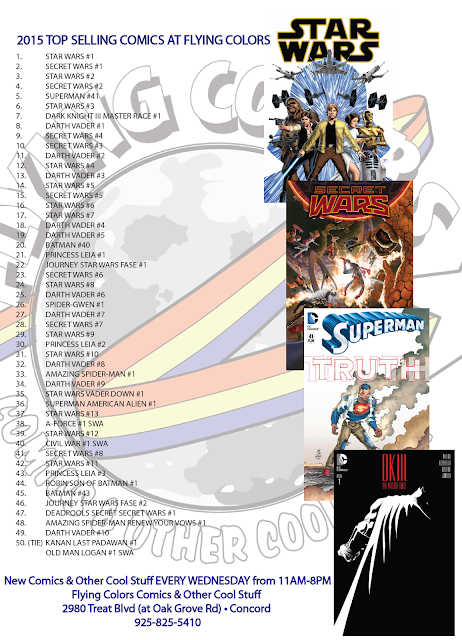