DC's NEW 52 is a major hit! So major, in fact, that Flying Colors has sold out of some of the 52 new first issues.... temporarily. We've already received a new supply of Justice League #1, with more re-stocks coming on all 39 titles released so far.

In case you want to check out these new DC comics in a digital format,  just click the image below:

And here's a link to our Digital Storefront for other publishers, such as Image, IDW and Dynamite

New comics and other cool stuff are ready to go when we open every Wednesday. Be here for the buzz!

FlyCoJoe
Posted by Joe "FlyCoJoe" Field at 1:07 PM No comments: 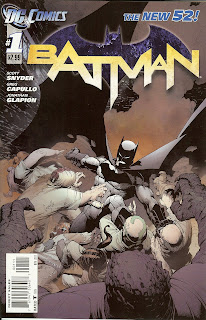 CONCORD, CA: While politicians in Washington D.C. argue about the specifics of another federal plan to stimulate the economy and restore optimism to a restless nation, a new DC stimulus plan is being met with not only bi-partisan support, but has enthusiastic fans all over the world.
It’s the DC Comics “stimulus plan.”
DC Comics, publishers of worldwide favorite super-heroes such as Superman, Batman, Wonder Woman and Green Lantern, has made the unprecedented move of starting over with 52 new comic book series all beginning with first issues in September.
“It’s a bold and audacious move to do something of this scope,” said Joe Field, owner of Flying Colors Comics & Other Cool Stuff in Concord CA. “Fifty-two new series to pique the interest of thousands of readers means more reading fun for comic book readers and an economic stimulus for independent comic book store owners in all 50 states. This truly is the one DC stimulus everyone can enjoy!”
Among the marquee releases available Wednesday September 21 are the first new Batman #1 since 1939, along re-imaginings of other key super-heroes with the releases of Catowman #1, Supergirl #1 and Wonder Woman #1, along with nine other entertaining new series. 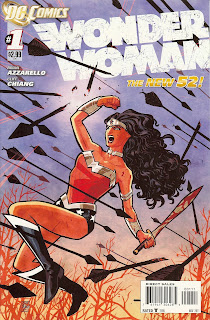 New DC titles debuting on Wednesday September 28 include an intriguing new beginning for the super-hero that started it all in 1938, with Superman #1.  Twelve other new first issues will also be released, featuring reinvigorated interpretations of Aquaman, The Flash, The Savage Hawkman, and Teen Titans, among others.
"In the first three weeks of DC's 'The New 52', the response is so positive from new readers and long-time comic fans alike," said Field. "This could just be a true renaissance for super-hero comic books."
“In addition to Flying Colors, there are more than 2000 other comic book specialty stores in North America,” said Field, who also serves as president of the ComicsPRO, the retailer trade and advocacy association. “This is such a great time for new and returning readers to discover all the great storytelling across the comics’ spectrum, from super-hero favorites to independents and art-house comics. I firmly believe there’s a comic book or graphic novel for everyone who likes to read--- and that leads to another stimulus. The stimulation of the imagination!”
Flying Colors Comics & Other Cool Stuff is at 2980 Treat Blvd in Concord CA. Find Flying Colors online at FlyingColorsComics.com. To find a comic book specialty store near you, visit ComicShopLocator.com.  For more information about ComicsPRO, visit ComicsPRO.org.
Posted by Joe "FlyCoJoe" Field at 8:19 PM No comments: 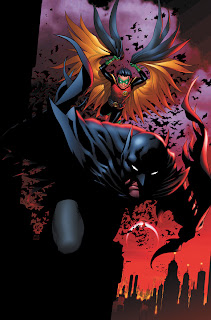 On Saturday September 17, Flying Colors will be hosting THREE great artists to dazzle you with their talent, to enthrall you with their stories--- and to sell you the comics they do!

You've probably heard the buzz about DC COMICS "NEW 52"---  the bold re-imagining of DC Comics' iconic characters like Batman, Superman, Wonder Woman and those fondly remembered but maybe not as well known like Resurrection Man, OMAC, Grifter and Sgt. Rock.

Well, we've got two guests working on titles that are part of The New 52, and here they are:

MICK GRAY (12noon-3pm-ish)
Superstar inker is a frequent guest here at Flying Colors--and we're thrilled to once again have him for the debut of the all-new (and one of The New 52) BATMAN & ROBIN #1. Mick is an award-winning inker and from the preview work I've seen from BATMAN & ROBIN #1, this will definitely be worth getting a signed copy!

VIKTOR KALVACHEV
(12noon- who knows?!)
Multi-talented artist, writer, video game designer and friend to Flying Colors, readers are loving Viktor's new Image Comics series BLUE ESTATE, a hard-biting, fast-action romp that fans of movies like Pulp Fiction and Get Shorty will just love! Viktor is now also the cover artist/designer for DC Comics New 52 title MEN OF WAR... and he'll be here to sign this new issue, as well as the new BLUE ESTATE Volume One and PHERONE softcover, both from Image (and both   suggested for mature readers!).

But that's not all---oh, no! To honor the 23rd anniversary of Flying Colors Comics & Other Cool Stuff, we've arranged with Marvel Comics to get a guest visit from.... 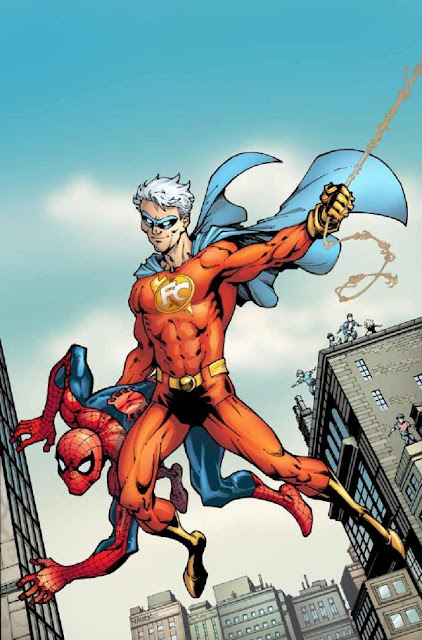 Many know Todd from his work on DC Comics YOUNG JUSTICE,  others smile while recalling his Image Comics series WILDGUARD. Todd is also the artist for the best-selling single issue comic book of the last five years, Amazing Spider-Man #583 in which the web-slinging wonder meets the then brand-new President of the United States, Barack Obama!

Todd has done something else that is incredibly special to the gang here at Flying Colors-- he's the artist for the Flying Colors' exclusive variant cover edition to AMAZING SPIDER-MAN #669, featuring Flying Colors very own CAPTAIN FOUR-COLOR!

Yup, that's right! Ol' CAP FC is invading the Marvel Universe (at least a cover in the Marvel Universe)---and this is such a special deal that we're flying Todd in just for the day to meet fans, sign copies of his work, do some head sketches and maybe even show the kids how to do a quick sketch or two.

We've Got Your Cool Stuff Right Here... in Flying Colors! ®

(For out of area mail order inquiries for any of Flying Colors exclusive comics and variants, please email
Joe at FlyingColorsComics.com)