This "Big Picture" column was originally published in the June 2005 issue of Comics & Games Retailer magazine. 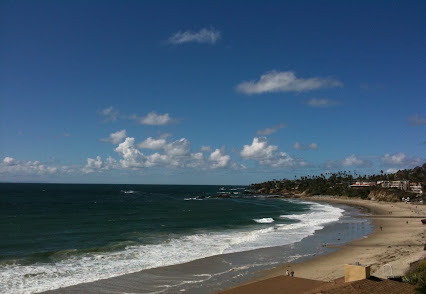 A dozen years ago, I had some coffee mugs designed for sale and giveaway in my store. The mugs featured the Flying Colors’ logo on one side and big dark star on the other side that disappeared when heated liquid was added to the mugs, revealing the somewhat flippant message “Where Comics Don’t Have to Be ‘Hot’ to Be Cool.”

Our market was all about the ‘hot’ comics then, rather than being about creative content.

Sure, there were times when content and a product’s blistering popularity coincided, but mostly those days were about packaging collectibles, with foil covers here and limited edition holograms there. Few (if any) new titles introduced then continue to be published today, other than extensions of titles far longer in the tooth than 1993. Looking back on that time, very few of us retail survivors would look back fondly remembering the content of what we sold, but we could probably quote some startling stats about how many units we moved. 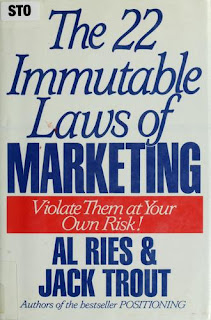 Perhaps my favorite business-related book---and I’m making a strong recommendation for all to read it again, now!--- is “The 22 Immutable Laws of Marketing” by Al Ries and Jack Trout (HarperBusiness, 1993). A quick read, to be sure, but the book has tremendous food for thought in the way we run our businesses, as local entrepreneurs and as members of the larger comics’ industry.

Retailers might wonder why they should give a hoot about branding, line extensions and media share-of-mind, but the reasons are all right there in the Ries and Trout paperback. For small business owners, it’s in between the lines of case histories about IBM and New Coke, but each and every law has applications for selling comics and making our individual businesses more distinct, whether that’s on a local level or worldwide.


What moves me to write this month is Immutable Law #21, “The Law of Acceleration.” The principle of this law is that success is not built on fads, but rather on trends. There’s much for the comics’ business to learn in the less than four pages of the book taken up explaining this particular law. Fads, by nature, burn hot and fast. They don’t last long, but they tend to scorch everything in their path.

In the last couple of decades, there have been fad-like cycles in the market, as retailers have surfed from one hot thing to another trying to stay ahead of the bill collectors. There was the black-and-white comics’ fad in the mid-‘80s, spawned by the mega-success of Teenage Mutant Ninja Turtles.

Other fads include the proliferation of instant collectible comics with holograms, variant covers and limited editions. Remember the publisher that made the promise not to print over 100,000 copies of any of their titles? I remember their serially numbered editions of such poor quality between the covers there was never any chance for sales over 100K, so that publisher, whose name I ironically fail to remember, kept to its promise. It also faded quickly out of business.

Many retailers surfed to products on the comics’ periphery attempting to gain quick profits, only to be holding the bag on stale inventory some time later, such as sportscards, ashcan editions, Pokemon stuff, Beanie Babies, Yo-yos, and POGs.

Ries and Trout posit the best thing to do when we see a fad is to dampen it, stretch it out and make it more like a trend. “One way to maintain a long-term demand for your product is to never totally satisfy the demand.” That makes me wonder about the continued onslaught of multiple printings, including all of DC’s “Infinite Crisis” printings and Marvel’s oddly named “limited variant covers”. While I’m all for trying to satisfy my customers’ want-lists, sometimes the best sales tool for popular products is an occasional and honest sell-out.

Fad-surfing may be the way to a few quick dollars, but it’s also the road to an unfocused business identity and an erosion of core consumer confidence. While trends are mostly indecipherable in the moment, they are profound over time. Identifying and riding emerging trends are the keys to longer-lasting profitability.

We’re in the midst of three potentially powerful trends:

1)    The ongoing love affair between Hollywood and comics

3)    The continued migration from a periodical-based collectibles’ business to a book-based readers’ market.

These trends present opportunities for those willing to learn, to invest in them and then to ride the trends to profit.

According to Ries and Trout, fads are akin to quickly breaking big waves while trends are consistent like the tide. In other immutable words, give me
cool over hot any old time.

Posted by Joe "FlyCoJoe" Field at 2:42 PM No comments: