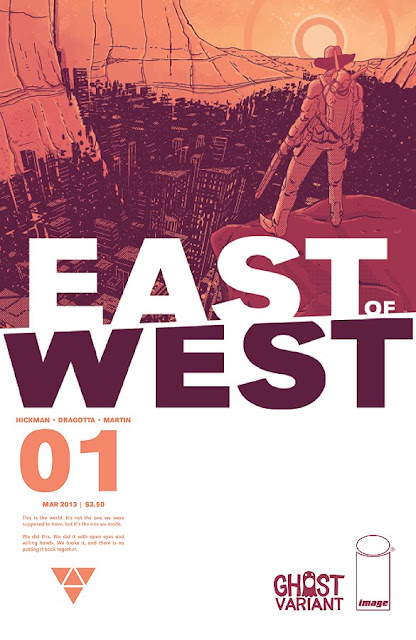 The Retailing Brigade at Flying Colors Comics is pleased to announce we'll be hosting artist NICK DRAGOTTA on Wednesday April 24 from 5pm-8pm.

Nick is the artist on the new hit series from Image Comics, EAST of WEST, a sci-fi western, written by Jonathan Hickman. That creative team is familiar to those who follow Marvel's FF series.

Nick has a great body of work on such books as Marvel's X-Statix Presents: Deadgirl, X-Men First Class, The Age of the Sentry, Captain America, Fantastic Four and many others.

Wednesday is also New Releases Day at Flying Colors, so we invite you to the Nick Dragotta signing and check out all the great new stuff coming in that day, too. Some refreshments will also be served.

Posted by Joe "FlyCoJoe" Field at 1:52 PM No comments:

There's been so much talk recently about the content of DC Comics' BATMAN & RED ROBIN #19! It looks like there may be a new Robin in town...

So we got the (last minute) idea to invite back to Flying Colors our friend and artist MICK GRAY who is a key component of the BATMAN & ROBIN creative team.

Join us here at Flying Colors this Saturday April 13 at 1pm to get your copies of BATMAN & RED ROBIN #19 signed by inker/artist Mick Gray! We'll be talking about what's going on in the world of BATMAN, what's in store for this series and just having a good time talking comics. Hey, that's what we do here! 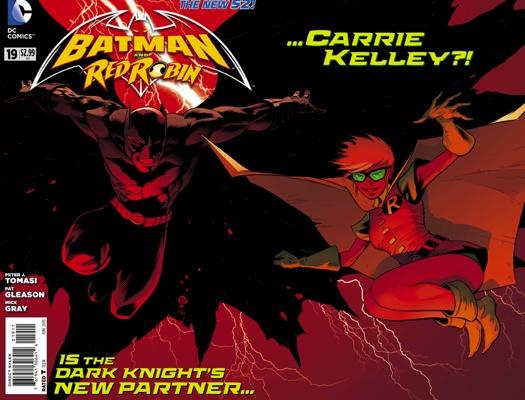 This event will also be a great time to visit Flying Colors to see our selection of specially priced hardcover and softcover graphic novels! We recently scored a terrific deal from Marvel Comics on a number of hardcover books that we're able to sell to you at as much as 75% off their cover prices!

Plus, we have temporarily expanded our section of Bargain Books and will have a very enticing deal for you this Saturday!