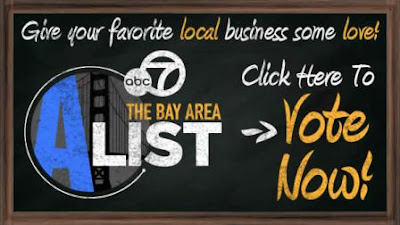 ABC-7's Bay Area A-List is a way for you to show love to your favorite businesses--- hopefully, that means Flying Colors Comics!

Voting ends on Friday March 30, so head on over to vote for your favorite businesses. This is a direct link to take you to the page to vote for Flying Colors.

If by chance Flying Colors is not your favorite Bay Area comic book store, by all means vote for your favorite!

FlyCoJoe
Posted by Joe "FlyCoJoe" Field at 6:16 PM No comments:

Flying Colors Comics is honored to have donated thousands of comic books to go into "care packages," put together with lots of love by the Blue Star Moms Chapter 101 in Danville CA, going to service members in Afghanistan, Iraq and other outposts the world over.

The whole team here at Flying Colors Comics & Other Cool Stuff is thrilled to get emails like this one from Lt John Farr aboard the USS Pearl Harbor.

Dear Comic Aficionados,
We have received a number of packages from Blue Star Moms in San Ramon, CA and each of them had at least one comic book. Thank you for sending them along, they are much appreciated, and they make the rounds rather quickly. It’s always a treat to get care packages from home, and the ones from supporters like yourselves and Blue Star Moms mean so much because you’re sending cool stuff to people you’ve never met.
A little about us – we’re aboard the USS Pearl Harbor just past the halfway point of our seven month deployment to the Persian Gulf. We are a landing dock ship which basically means that we carry a bunch of Marines and their very cool gear, wherever they are needed. We have a well deck from which we can launch or receive LCACs (landing craft air cushion), AAAVs (amphibious assault vehicle), and LCUs (landing craft utility – like the ones in Saving Private Ryan on D-Day). It’s pretty cool when we launch or recover a craft because we fill our well deck with sea water – it’s a controlled partial sinking, with style! 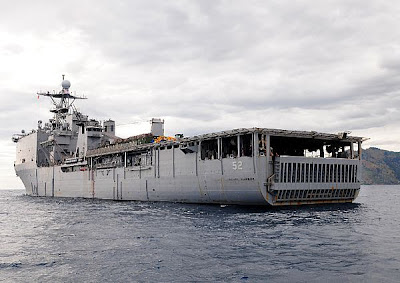 We have hundreds of Sailors and Marines on board and we are very busy doing ship stuff – maintenance, preservation, drills, etc. But our embarked Marines have more time on their hands than we Sailors do and occasionally it’s difficult for them to find things to fill the time. When we do get free time, like a ‘holiday routine’ on Saturdays, we rest as much as we can – and relax, with movies, books, and of course, comics!
Please continue sending comics when you can, it does make a difference to our deployed troops. When I was in Afghanistan in 2010, I remember getting packages from Blue Star Moms with comics, and if I remember correctly, they were from Flying Colors Comics as well. Thanks again for taking the time and effort to brighten the day of a deployed American warrior!
Sincerely,
LT John Tarr
United States Navy
Command Chaplain
USS Pearl Harbor (LSD 52)

Thank you so much for this, Chaplain John! We're happy to know the comics we send overseas are well-received and give a moment's respite to those doing difficult jobs with honor and dignity!

I'll let others wax rhapsodic about the mastery of his art in comics ("The Airtight Garage", "Arzach", "The Incal", "Silver Surfer: Parable", "Blueberry", etc.,  and and his design work in film ("Alien", "Tron"., "Willow", among others).

Instead, I'll share a couple of visuals. Two photos from WonderCon 1999... and the original sketch I was given by him at the same event. 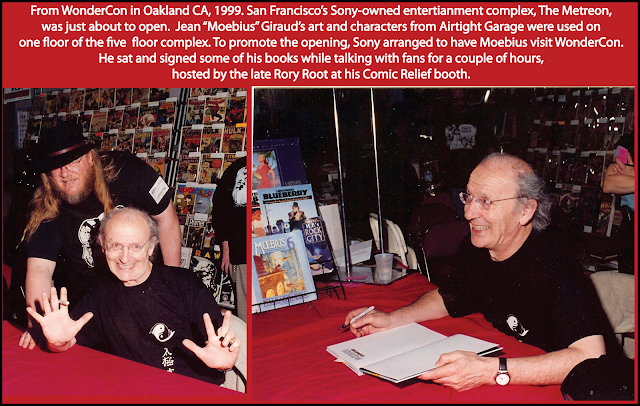 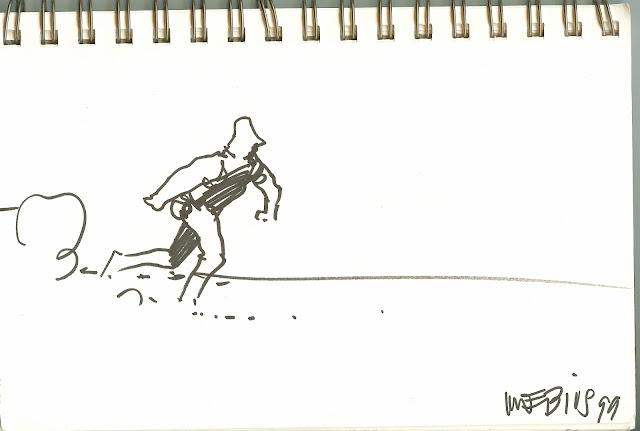