"Liberty means responsibility. That is why most men dread it."

(The following incident is true. It's previously been discussed on Compuserve's Comics and Animation forum and at Comic-Con in San Diego. The issues raised are still relevant, particularly in light of articles appearing recently which attempt to blame comics, role-playing games and other entertainment media for various acts of violence.)

A guy of about 30 entered my store. He was scraggly-looking, constantly running

his jittery fingers through his obviously unwashed, slightly graying hair. Wearing a tattered Mickey Mouse T-shirt, he also sported at least ten tattoos. His glazed expression gave me the impression that he just came back from a bad trip that didn't take him out of town, but out of his head.


"Do you sell Faust here?," he asked. I told him no, that we don't stock any "adults only" comics. He asked why, and I replied that it was my choice, my landlord also asked it to be part of our lease, etc.

"Well," he then asked,  "do you have anything pornographic?"
I repeated that we don't stock any adults only stuff, at which point he decided to look over our "mature readers" section. He seemed frustrated as he said "There's gotta be somethin' here that's got what *Faust* has. I need something pornographic, man."

When I then told him we didn't have what he was looking for, he said something to me that stopped me *cold*. In all my years of comics' retailing, I've never had anyone say anything like the request he then muttered.

"What I'm looking for is pictures of murder during sex..."

I'm not making this up. He said:

"What I'm looking for is pictures of murder during sex..."

I don't shock easily, but I was stunned. "Murder" and "sex" are two words that never belong in the same thought, as far as I'm concerned.

Over twenty years ago, I lost a sister to a serial rapist/murderer. She was abducted, tortured, raped and stabbed over 40 times. She was smart and beautiful, fun to be with, and she was only 19 at the time. My memory of her is as clear today as if it was still 1972. So when this person asked for "pictures of murder during sex", I couldn't help but immediately think of my sister Maureen.

This incident prompted me to think about our roles as retailers and other professionals in the comics' community:

* Why would anyone come into a comic book store expecting to find these kinds of images?

* Where does the free market end and social responsibility begin?

* Retailers, would you have gladly searched your racks to find this "comics

consumer" what he wanted? And would you feel good to know that with a three-

dollar sale, you would have given that ogre what he wanted..."pictures of murder

* For cartoonists and writers: Are you willing to accept any de-humanizing assignment just to make a buck?

Three years have passed since that sour incident and still it haunts me.

It's particularly poignant since the general news media, in response to school shooting tragedies, have sensationally come down hard on comics and role-playing games as contributing factors that easily fit the confines of a thirty-second report.

I don't have answers here for some of the devastating things that happen in this world, but there's continuing negative press from ill-informed media that still peg comics and RPGs as exclusively dark, dreary media for disenfranchised mental juveniles. While I vehemently disagree that comics, movies, video games or role-playing games can be the cause of these tragedies, I do believe that a constant feeding of bleak and ultra-violent images could have an effect on an already-unstable psyche.

But what have we done as retailers, publishers and creative pros to show that the truly morbid stuff is only an inconsequentially small part of what's actually available in this market? When will our industry get pro-active and do something positive rather than simply react to the next negative news story?

While I strongly oppose regulated labeling on comics' product as a viable answer, more and better information is certainly a part of the solution.

We need better sales information in the solicitation process, such as target demographics and planned sales promotions. When I look through Diamond Previews,  I need to trust that the sales copy I read will be followed up with a product to match. Every mistake I've made in ordering something sight unseen that doesn't live up to the hype, makes me more cautious the next time. I still believe that any strictly adults-only material needs to be exclusively relegated to the Previews adult supplement, as the main catalogue should serve as an accessible calling card to the widest possible audience. While I do think Previews has improved somewhat, it's but one small part of the larger equation of how the general public perceives our business.

Since opening my store, I've tried to make it as friendly and open to everyone as

My concept of a full-service, well-stocked comic book store is one in which a whole family can walk in, and each member of that family can fan out to find something entertaining. I'm gratified to see that happen regularly at Flying Colors. I've set up my store this way because that's the positive future I believe comics can have, but it also reflects who I am, and I know it honors my family and the memory of my late sister.

I believe we need to accept the responsibility for positively showing that our industry is much better than it has been portrayed in the news media.

As far as what changes we might need to make, it's never a bad time to do what we know is right. 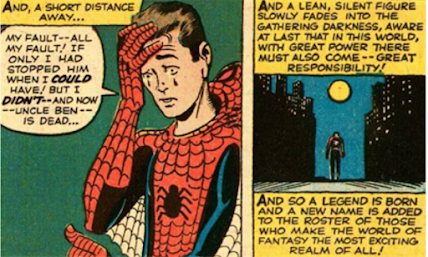 CA 94518. Comments are also welcome by e-mail  at joe@flyingcolorscomics.com)

Posted by Joe "FlyCoJoe" Field at 4:22 PM No comments: