Posted by Joe "FlyCoJoe" Field at 2:17 PM No comments:

Word to the wise: Save Saturday June 9th! Details soon... 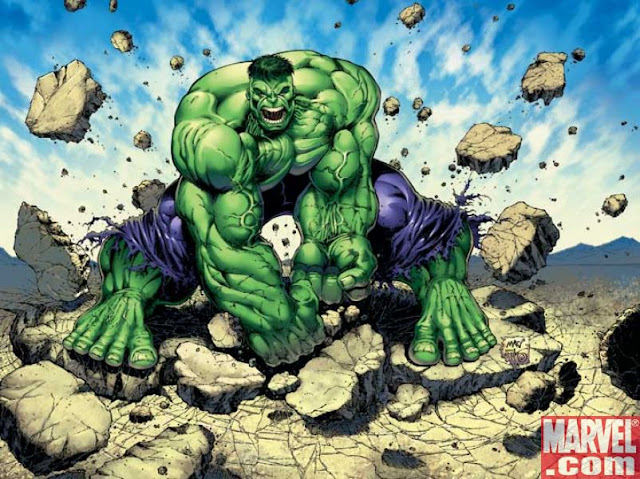 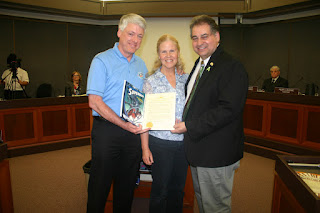 All of us here at Flying Colors would like to thank everyone--- all 1200+ of you--- who made it to the 11th annual Free Comic Book Day event. You can also see more photos from FCBD on our Facebook page. 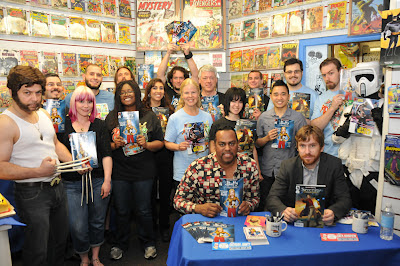 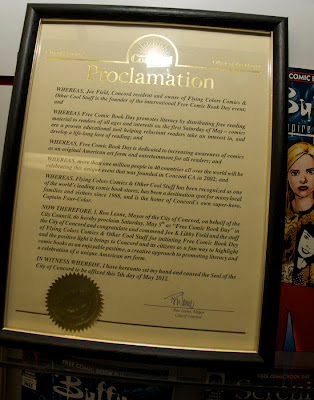 Thank you for a great Free Comic Book Day! 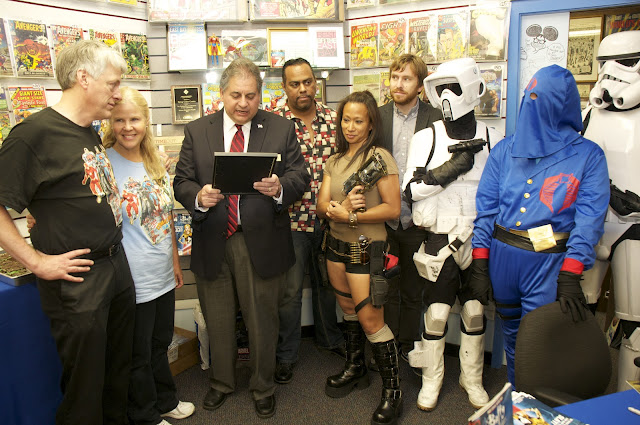 We want to thank all 1200+ of you for showing up to our FCBD event! We hope you have new comics that you'll want to come back to get at Flying Colors every month.

FlyCoJoe
Posted by Joe "FlyCoJoe" Field at 4:22 PM No comments:

Win an AVENGERS movie poster signed by the cast! 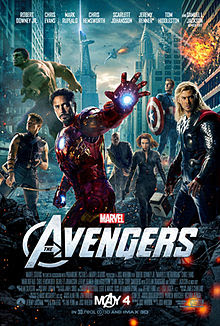 Another added feature for our FREE COMIC BOOK DAY event, courtesy of www.TheGeekSpeakShow.com!

For all those waiting in line before Flying Colors opens at 11am on Saturday, The GeekSpeak Show hosts will be handing out tickets that will be an entry to win a full-sized AVENGERS movie one-sheet.

Only those in line prior to 11am will be eligible. Must be present to win. Winner will be chosen at 11am in a blind drawing from tickets distributed prior to 11am.

One more reason to get here early!

FlyCoJoe
Posted by Joe "FlyCoJoe" Field at 5:24 PM No comments:

Saturday May 5 is FREE COMIC BOOK DAY at Flying Colors Comics & Other Cool Stuff in Concord CA and nearly 2000 other stores in more than 40 countries all around the world.

As it has been each year since 2002, FCBD will be a HUGE party here at Flying Colors.  Plans are in place to make this the biggest event yet in the 24-year history of Flying Colors! 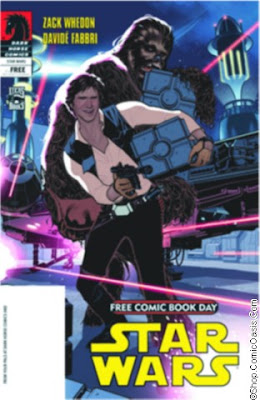 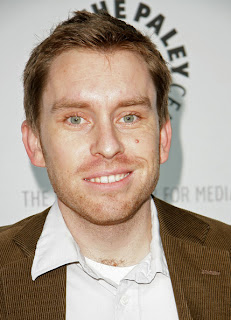 In addition to his work on the Star Wars and Serenity comics, Zack was also the writer of Terminator:1984  (Dark Horse, 2010)

Zack is from a family of writers. He is the son of screenwriter Tom Whedon (The Electric Company, The Dick Cavett Show, Benson, Alice, and The Golden Girls), grandson of screenwriter John Whedon (The Donna Reed Show, The Great Gildersleeve, The Andy Griffith Show, The Dick Van Dyke Show and Leave It to Beaver) and the brother of screenwriter/musician Jed Whedon (Dr. Horrible's Sing-Along Blog) and producer/director/writer Joss Whedon (Buffy The Vampire Slayer, Angel, Firefly, Dollhouse …and director of a little upcoming flick called The Avengers!) 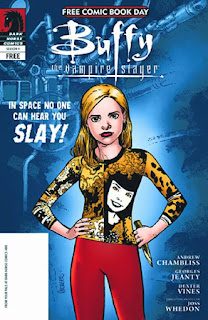 GEORGE JEANTY
Georges is the artist of the best-selling BUFFY THE VAMPIRE SLAYER comics from Dark Horse, including the BUFFY/THE GUILD flip-comic that debuts on Free Comic Book Day! Get a sneak peek HERE!


Georges career in comics was inspired by the classic DAREDEVIL #183 by Frank Miller & Klaus Janson. Early in his career, Georges worked on DC Comics characters such as Green Lantern, Superboy and Superman. His first regular ongoing monthly series was Marvel Comics’ Bishop: The Last X-Man  in 1999. Jeanty also worked on other Marvel characters including Gambit, Deadpool, Weapon X, and the X-Men Legends II: Rise of Apocalypse mini-comic for the Activision video game. 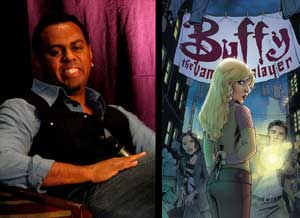 While later working on The American Way for Wildstorm,
Jeanty was contacted by Dark Horse Comics' Senior Managing Editor, Scott Allie, asking if Georges would be interested in doing the art for a Buffy the Vampire Slayer comic book. Buffy's creator, Joss Whedon, a fan of Jeanty's work since Bishop: the Last X-Man, specifically asked for him!

Georges' work in BUFFY Season 8 and BUFFY Season 9 have been met with tremendous enthusiasm for fans of the TV series that has continued its stories into the comics and graphic novels.

Both Zack Whedon and Georges Jeanty will be signing their FCBD Special Edition comics (and their other work) from 11am-3pm on Free Comic Book Day.

Then from 3pm-5pm, join us as we welcome back the writer/artist team of Landry Walker & Eric Jones. Their new series, Danger Club, has recently been released by Image Comics and is gathering new readers and fans all the time. Landry & Eric are also the creative team behind Supergirl: Cosmic Adventures in the 8th Grade from DC Comics. (Danger Club is for teens and older, while Supergirl:Cosmic Adv is for younger readers).

In addition, we'll have the crew from GeekSpeak Radio Show here to talk with fans and broadcast live. And the Mayor of Concord, the honorable and very kind Ron Leone, will be here at 12:30pm for a very special presentation.

We hope you make plans to visit Flying Colors on Free Comic Book Day --- Saturday May 5, 2012!

Let us know you're coming by responding in the invitation section on the Flying Colors Facebook Fan Page!

FlyCoJoe
Posted by Joe "FlyCoJoe" Field at 7:57 PM No comments: