Free Comic Book Day at Flying Colors is Saturday May 5 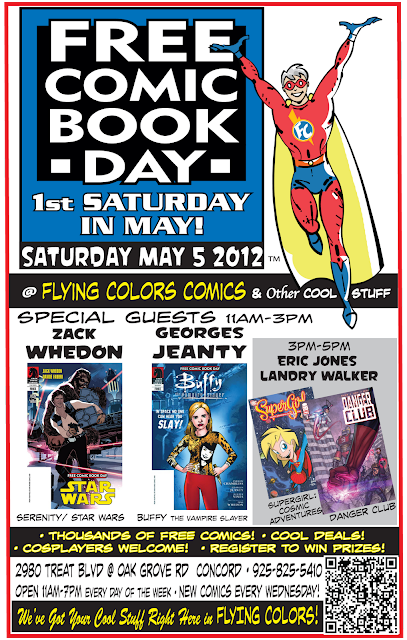 Posted by Joe "FlyCoJoe" Field at 4:14 PM No comments: 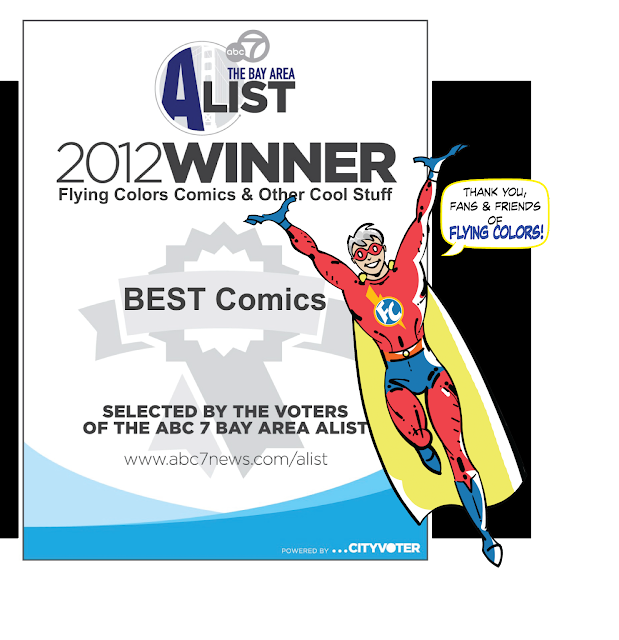 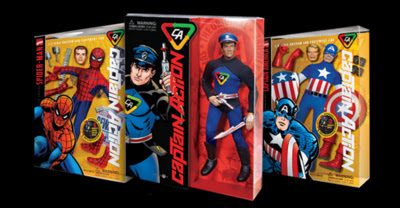 Also, each week over on our Flying Colors Facebook page, we post a list of
all the New & Cool stuff, including comics, books, toys, etc. that are first available on our New Releases Day, (which is every Wednesday).

If you haven't participated on our Facebook page, please accept this invitation to hit the 'like' button and join the discussions there!
Posted by Joe "FlyCoJoe" Field at 7:59 PM No comments: 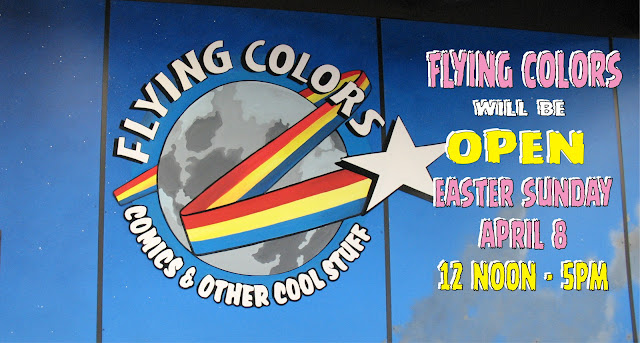 Posted by Joe "FlyCoJoe" Field at 4:28 PM No comments:

What: It's the launch of the epic battle series of 2012---  AVENGERS VS X-MEN!
Where: At Flying Colors Comics & Other Cool Stuff, natch!
When: Wednesday April 4 @ 11am. Be here for the buzz of New Releases' Day!
Who: YOU and all your friends are invited!

You may have read online that a number of comic shops in other areas are doing their parties on Tuesday night, April 3. Given that we would be restrained from selling any of the other great comics being released this week, we made the decision to have our party for Avengers vs X-Men on Wednesday April 4, which, as all comics' fans know is the New Releases' Day for comics.

So not only will you be able to jump on the massive Avengers vs X-Men event, but you'll also be able to see the full line of new comics & other cool stuff being released this week.

We will be taking an unusual "vote" --- choose an Avengers' cookie or choose an X-Men cookie and yur vote will be recorded for which team you most want to win this epic battle! Be here early, we don't know how long the custom cookies will last!

Sign up to get the entire series and you'll get a FREE X-Men vs Avengers lithograph.
Posted by Joe "FlyCoJoe" Field at 12:40 PM No comments: