This column originally ran in the May 1998 edition of Comics & Games Retailer magazine. 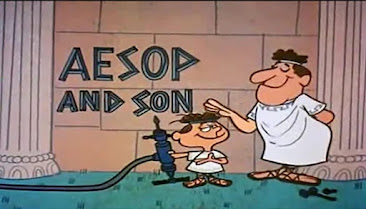 What do you want your business to be?

Aesop was right. Slow and steady does win the race, even if it’s not as exhilarating as the hares would have us believe.

P.T. Barnum was also right, there is a veritable population explosion of suckers being born every minute.

We’ve seen it time and again in the comics industry over the last ten years. Quick buck schemes and “hot” products lead to a customer base that burns out and turns over quickly.

I was reminded of all this when I read today’s local paper. There was an ad for an upscale gift store, the type at which brides-to-be traditionally register. But the ad didn’t feature elegant kitchenware or expensive crystal today... nor have ads for this store for the last few months.

Today the store’s ad was dedicated to the daily “opening” prices for Beanie Babies. Prices that may change during the course of the day. Prices ranging from seven dollars on the low end to a high of $995...for items with an original wholesale cost of less than three bucks. This once upscale gift store has become a commodities exchange.

As a comic retailer, you may have jumped on the Beanie Baby bandwagon, the newest collectibles’ fad to infest the world. Some comic retailers have used the Beanies as a successful sideline product to attract new and different people into their stores. Others, though, have pushed their core products further into the background, so that Beanies can take the spotlight.

By the time you read this, the fad may be over. Who knows? On the front page of that same newspaper today was a story detailing the plight of small gift retailers who’ve recently been cut off by Ty Inc., the Oakbrook, Illinois company that makes and wholesales Beanies.

Many retailers have recently received letters from Ty Inc. saying, “Please be informed that Ty Inc. has decided to discontinue sale of its merchandise to your company...” Retailers are not being cut off due to bad credit, but rather because Ty Inc. wants to regulate the flow of its product. Only Ty Inc. people know when certain Beanies will be retired or how many of each were ever made.

All this is blatant market manipulation by a manufacturer that recognizes that collectability is the main attraction of its product. The product is secondary to its perceived potential value by collectors. It’s as if Ty Inc. was really saying “Dear Retailer, we don’t need you anymore. Besides, if we produce enough for everyone, then no one will want them anymore.”

Beanie Babies have gone from being a cute kids’ toy to being a “hot” collectible. Adults have once again absconded with kids’ fun in the name of the almighty buck. We should all be familiar with this ugly scenario.  In the last ten years, we’ve seen this happen with sportscards, comics and action figures, among other things. This time, the manufacturer is leading the way, trying to control its own market in a desperate attempt to elongate the burn-out cycle.

Does this in a small way remind anyone of Marvel’s Heroes World debacle?

But we can learn from this.

n First, it bears repeating that fad-surfing often means that a business has no real, solid identity in the marketplace. If today you’re one thing and tomorrow you’re another, chances are pretty good that the day after, you’ll be nothing.

A key reason for failure is that the public is never able to interpret the identity of a constantly morphing business. Diversification is one thing, but what’s happening to many stores is a real loss of focus that is confusing to customers. * Manufactured collectibles simply are a liar’s game.

* How will you know when to stop buying more before the bottom falls out of the falsely-built market (Hello, Deathmate.)?
* Will you only charge a reasonable mark-up, or will you test the ceiling for how high prices can climb (Hello, Harbinger #4)?
* How do you feel about immediately charging $50 for something that cost you $2 (Hello, Death of Superman.)?
* Are you as happy selling five copies of the same comic to a person as you are five different comics (Hello, Variants.)?

Better to try to grow your business and store identity in a slow, progressive, organic manner than to scorch the earth for a few short months with the greater risk of business obsolescence a few months later. There are several thousand ex-comic retailers who’d likely back me up on this.

Grow best with what you know best.
Surfing from one thing to the next is one sure way to always stay behind the learning curve. But knowledge is power, and knowing as much as we can about the products we carry is a major first step toward business stability.

Perhaps this is one failing of retailers of comics in the last few years. As sales have fallen, retailer interest has fallen or shifted to other product areas. When the customer service of product knowledge is lost or neglected, that’s when the specialty is taken out of the specialty store.

James Taylor sang “the secret of life is enjoying the passage of time.” I got into comics’ retailing because of my love for the medium, and hopefully, I’ll never stop learning more about the rich history and fascinating business of comics. Even with imperfections (and there are a bunch!), I enjoy my work as a comics’ retailer.

Diverse though we may be, we need to face the harsh reality that there aren’t any huge pay-offs for retailers in this industry. Well-run, profitable comic specialty or pop culture stores just aren’t a quick ticket to a luxurious retirement.  But there is value in being in a business in which we provide fun and entertainment for others. There’s solace in knowing that we can have a positive influence on those who come through our doors every week

So Aesop and Barnum both had it right.
You can take the race on a steady course... or you can stop to shake down every sucker along the way.

The choice is yours.

Posted by Joe "FlyCoJoe" Field at 7:53 PM No comments: