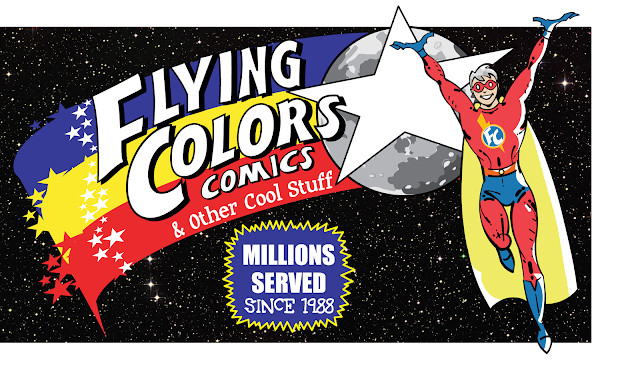 • Some cool deals!
• Prizes!
• Special guest appearance by noted artist Daniel Brereton from 4pm-7pm.
We'll have Dan's work available for sale (& for autographs), including the new SIMPSONS TREEHOUSE OF HORROR, the Mt Diablo-based GIANTKILLER graphic novel and more!
• Refreshments and cake during the 4pm-7pm signing event.

Let us know you'll be here by hitting the "going" button on the Flying Colors Facebook Page.

Check out our latest email for the news!
Two BIG Events this week:
Wednesday September 11 from 5pm-8pm:
It's the comic market debut of
Gene Luen Yang's BOXERS & SAINTS graphic novel diptych.
This one is EPIC in scope and not to be missed! 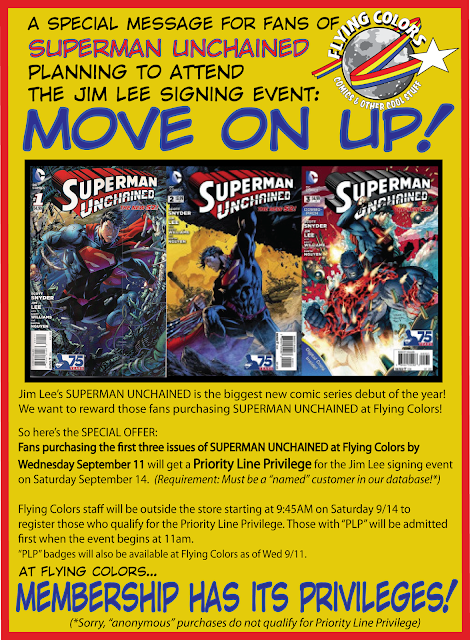 Posted by Joe "FlyCoJoe" Field at 5:45 PM No comments: 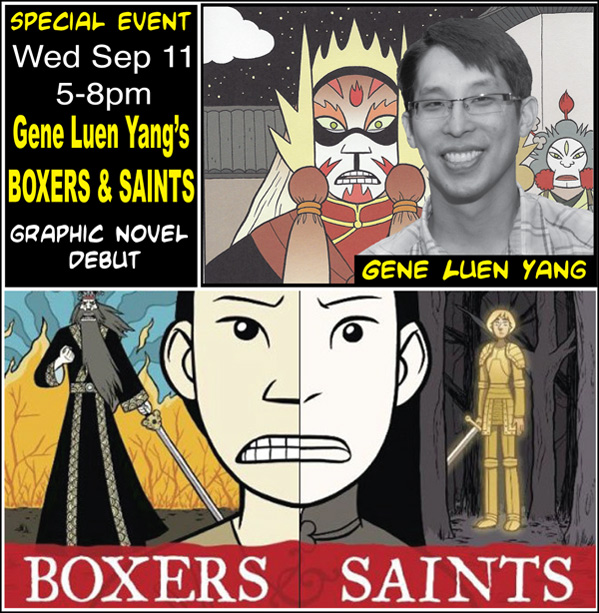