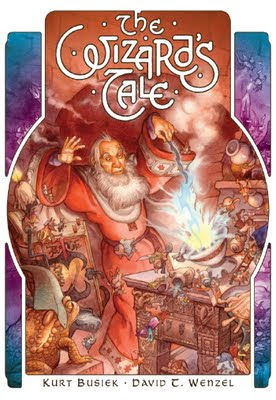 Each week at Flying Colors, our soon to be illustrious staff members each make a "Pick of the Week" for good reading and fun. here's the list for the new stuff hitting the racks on Wednesday January 27, 2010.

FlyCoJoe: FANTASTIC FOUR #575 (the Hickman/Eaglesham creative team is really doing some fun stories on this title)

Libby: THE BEATLES EXPERIENCE trade paperback (did you know Libby actually saw the Beatles live--- twice!? How could she not pick this one?)

Lots of other great stuff in store on Wednesday when we're open 11AM-8PM.

Write Your Own dialog... 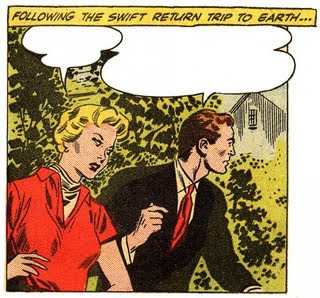 Just for fun--- and you don't have to be a member of Facebook to be a Flying Colors Fan Brigadier --- give us your best shot for to complete the dialog in this comic book panel.

(Bonus round: Tell us what comic book the panel is from!)
Posted by Joe "FlyCoJoe" Field at 7:42 PM 1 comment: 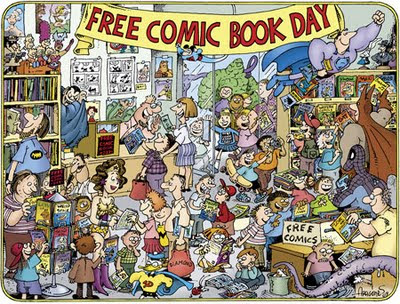 Did you know there are only 108 days until the next FREE COMIC BOOK DAY?

MAD Magazine's MADdest cartoonist, the amazing Sergio Aragones, has done the art for a limited edition t-shirt for fans of FCBD! Click on the image to get a better look! 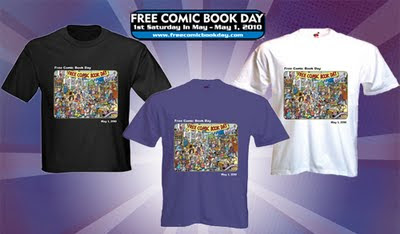 Comic Strip Stamps Coming to a Post Office Near You! 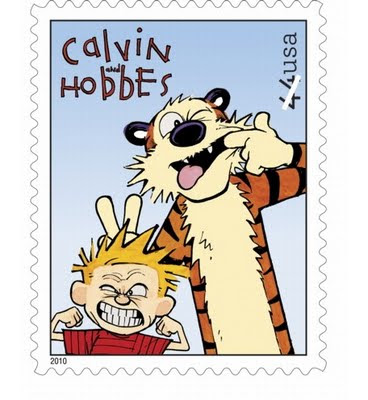 These postage stamps will debut in Summer 2010, around the time of Comic-Con International: San Diego. 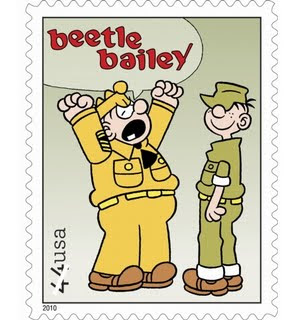 It's a cool little deal to see comic strips getting the star treatment from the USPS.

More than that, though, while these may not be "collectibles," this will be the first officially licensed Calvin & Hobbes anything (outside of a wall calendar published my Andrews/McMeel 20 years ago). 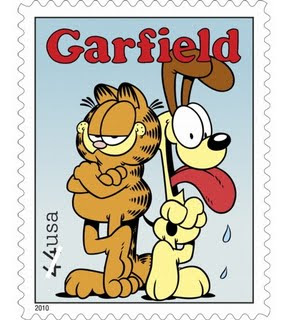 Those Calvin & Hobbes window stickers you see with Calvin either praying or relieving himself on the Ford logo? Those are all bootleg items. Calvin & Hobbes cartoonist and creator Bill Watterson steadfastly refused to license anything from his strip, preferring to let the work stand on its own, despite enormous pressure (and the lure of Big Bucks) to make Hobbes plush figures and toys.

Watterson once said in an interview that he thought Charles Schulz of PEANUTS' fame sold out when his characters were used to sell everything from Dolly Madison Cakes & Pies to life insurance. 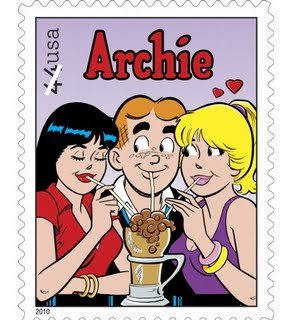 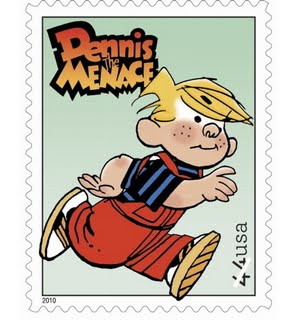 Being a huge PEANUTS' fan since I can remember (and also being a huge CALVIN & HOBBES' fan, too), I believe each cartoonist with control over how their creations can be used should do whatever they want. I have no problem with PEANUTS' stuff being everywhere--- these are universally loved characters that still resonate with millions today, years after Sparky Schulz passed away.

One other point of trivia about these stamps: Any amateur comics historian knows that ARCHIE did not start as a comic strip, but debuted in late 1941 in the pages of PEP Comics, from MLJ Publications, the forerunner to ARCHIE COMICS.

(The observant will also notice that each of these stamps has a whiteout through the 44¢ price. I wonder if that means another stamp price hike is coming?)