The Wonder Years of Comics


A special request came in today for this blog subject. One of our long-time Flying Colors' faithful asked me to tell a story from my early days of getting into comics. Here it is: 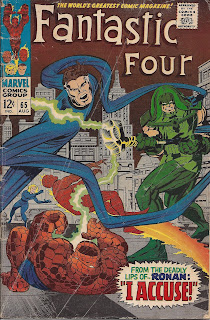 For many years, comics were found primarily at grocery stores, candy shops and newsstands. Prior to the late 1960s, there were only a very few stores specializing in comic books. After my pal Steve Holmes really got me into comics in the summer of '67, we were always on the prowl for new places to get more, more, more comics!

Our regular spot for new comics was Charles Drug Store in the Rheem Valley Shopping Center in Moraga (read more about: "A Tale of Two Hang-Outs"). Very early in the morning every Tuesday and Thursday, a truck would throw bales of new magazines and comics to the front of Charles' store.

Since the store didn't open until 9am, we knew if we were able to get there by 8:30, we'd have the first pick of all the new releases. But Charles' store didn’t get all the comics we wanted because comics' distribution was very spotty then. I remember starting on the Stan Lee/Gene Colan Daredevil title with issue #31, but I didn't see another new DD issue at Charles' Drugs until #34! That meant we had to search other places to fill in the gaps...

The two comics I started with that summer, gifts from my pal Steve, were Amazing Spider-Man #51 and Fantastic Four #65. Both had plots that were continued from previous issues. Yikes! In the case of Spidey, issue #50 was the instant classic "Spider-Man No More!" story. I didn't hold a copy of that comic in my hands for more than a year after I started buying comics because there was no place else to get old comics. Rarely, I'd find some used comics for a nickel each at the St. Vincent DePaul thrift shop in Pleasant Hill, but for an 11 year-old me, Pleasant Hill was about as easy to get to as the dark side of the moon. 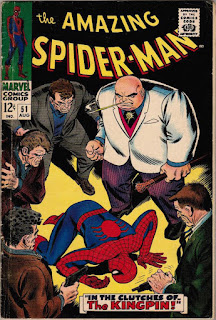 The following year, word spread that there was a store selling old comics in Lafayette, just three miles away from my home in Moraga. At 12, I could sneak a bike ride down twisty Moraga Road to get to the comics’ Nirvana called "Bob's Books." 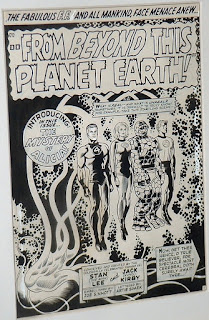 Run by a guy named Julius... I almost had you there! Of course it was run by Bob, what were you thinking?

Bob's Books was part of a new (at that time) social works program called, if I'm not mistaken, Horizons Unlimited, an organization giving opportunities to people with various disabilities.

Bob's was located in the middle of the parking lot in the shopping area known as LaFiesta Square, off the road from Mount Diablo Boulevard. Nowadays, that's a ritzy little center with high-end specialty shops, restaurants and boutiques. Back then, LaFiesta Square was pretty much known as the place behind the old Lafayette Drug Store and Soda Fountain, a place that also sold some comics. Rarely the ones we ever needed--- but still a great place to get a hand-drawn root beer float after getting our treasures from Bob's!

Bob's Books was a shack, really. Consisting of two rooms, maybe 300 square feet total (though that may be pushing it) we'd walk up a half-dozen creaky stairs, pull open an even creakier door and enter into the pristine past. Old paper!! Paperbacks featuring Doc Savage and James Bond, older pulps featuring The Shadow and The Green Hornet, some older baseball cards in a very well-used display case. It was 12 year-old pre-hormone heaven.

And then there were comics. Old comics, at least to us. You see, in those days, old comics were really any comics that we hadn't seen before. So "old" could mean 1967 even if the present was only 1968.

Even still, I was limited by my meager budget, so Bob's became a place to look more than a place to buy much. On one early visit there--- I may have been with Steve or imaybe I was with Eric, but this next part I do remember distinctly--- it was the first time I ever saw a copy of the first issue of Amazing Spider-Man.

"How much for the Spidey number one?" I asked.
Bob wore very thick glasses, but he didn't even have to look to know the answer. "Five dollars."
And that's when my broke 12 year-old self said defiantly, "Five bucks?! I could by 40 new comics for that! I'll NEVER spend five dollars for any comic book!"

Did I mention we have a great selection of Silver Age Amazing Spider-Man comics ranging in price from, ulp, five dollars up to hundreds of dollars each?

Thanks Joe, you are right, it is MORE about the
memories than the about the money. Collecting
gives us a chance to relive 'childhood-lost', a simpler
time. Stephen a F.C.F. 'Flying Colors'Faithful'.