An Artifact from Days Gone By 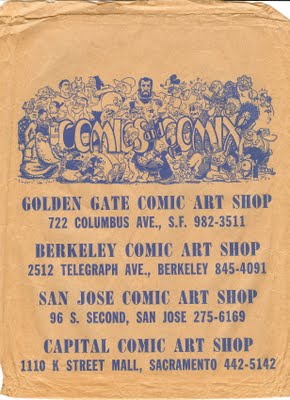 Take a look at this.

It's a photo of an old bag--- literally!--- from the defunct Comics & Comix chain of comic book stores that was big in Northern California going back to the early '70s.

The bag was part of a collection of comics I bought today at Flying Colors from a woman who, like I did, frequented Berkeley's Telegraph Avenue location of Comics & Comics those decades ago.

Maybe it was a bad business decision on my part to buy the box of comics in which I found this bag. There was nothing rare or very valuable... there was some fun stuff, including early Savage Sword of Conan, Secret Six, Doctor Spektor from Gold Key and random other titles, including the infamous Giant-Size Man-Thing... (easily the comic book with the worst title ever from any comic publisher!).

Honestly, the bag made the deal for me... hit the pic for a larger view and you'll see a very cool Bobby London illustration featuring many classic comic and strip characters (including Popeye, of course, something London is much more famous for than drawing comic book store bags!).

It's just a bag, but it hit me that the store it came from was partially responsible for my continuing affection for the rich American art-form of comics and for my wanting to be in this business. I'm fortunate to be to able to call former Comics & Comix partners Bud Plant, Dick Swan and the late John Barrett friends of mine... these guys were among those who laid the groundwork for all comic book retailers who came after them.

I'm very proud of Flying Colors and my place in the comics' biz, but it's goofy little things like that old C&C store bag that remind me I'm still standing on the shoulders of the giants who came before me.

FlyCoJoe
Posted by Joe "FlyCoJoe" Field at 7:46 PM No comments:

Cool Stuff On the Way! 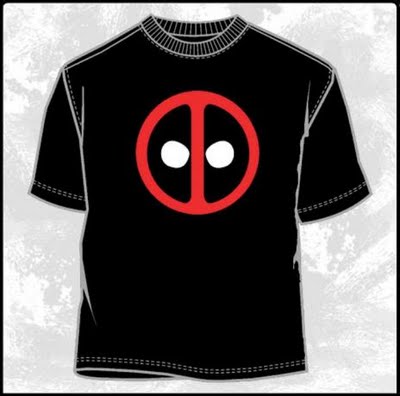 FlyCoJoe
Posted by Joe "FlyCoJoe" Field at 7:08 PM No comments:

Come and get 'em!

FlyCoJoe
Posted by Joe "FlyCoJoe" Field at 7:07 PM No comments: