Posted by Joe "FlyCoJoe" Field at 2:24 PM No comments:

Comic-Con: 27th time is the charm!

With the monster show of them all, Comic-Con International: San Diego, just days away, here are some reflections about my experiences there and how things will be very different for me for the looming 2012 event.

So much has changed over the years. San Diego's downtown was pretty shabby in the '80s when the con was at the downtown Convention and Performing Arts Center. The gentrification of the Gaslamp District was still just a civic dream, rather than its current reality. Comic-Con and its attendees were often derided by local media. The news crews covering Comic-Con usually brought out their best "look at these freaks!" type of reports.  Civic leaders doubted that Comic-Con did much if anything for the local economy, despite thousands of visitors to the city spending money on  hotels, food and entertainment.

These days, Comic-Con International: San Diego has 125,000 attendees, along with probably another 25, 000 exhibitors, dealers, professionals and other industry types.The Con has the backing of civic leaders, the media and the entertainment world.

Comic-Con really should be Comic-Cannes because it is the launch site for so much mass entertainment, including movies, TV shows, video games, etc.

Next week--- really, next Friday the 13th--- I'll be a part of two public events that all fans at Comic-Con are welcome to attend:


Friday July 13
1:30-2:30 Comic Book Entrepreneurs
Get a rare look behind the scenes as the comic book industry's leading entrepreneurs share their secrets of building successful businesses around the love of comic books. Author and futurist Rob Salkowitz (Comic-Con and the Business of Pop Culture), CEO and co-founder David Steinberger of ComiXology, Dark Horse Comics publisher Mike Richardson, Peter Levin of Nerdist Industries, and comics retailer Joe Field of Flying Colors Comics, offer a unique view of the business side of comics. Room 8

4:00-5:30 So You Want to Be a Comics Retailer?
ComicsPRO presents an opportunity for those exploring opening their very own comic book specialty store. This panel of veteran retailers know you have questions, and they can give you the answers! ComicsPRO president Joe Field of Flying Colors Comics & Other Cool Stuff (Concord, CA), ComicsPRO executive director Amanda Emmert (Muse Comics + Games, Colorado Springs, CO), Brian Peets (A-1 Comics, Sacramento and Roseville, CA), and Calum Johnston (Strange Adventures, Halifax, Nova Scotia, Canada), along with Dave Hawksworth (Diamond Comic Distributors' outside sales manager) offer a fun and informative peek behind the curtain of the magic of comic book retailing! Room 32AB 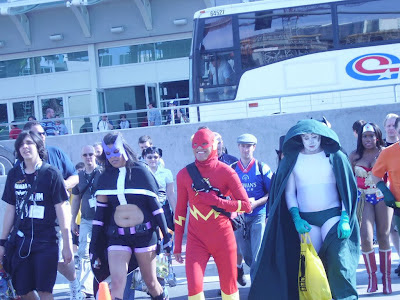 After 26 years straight of attending Comic-Con, usually for the entire week--- a day or two longer in the days of the old retailer-centric Comic Book Expo --- I am cutting back my time this year to what  seems to me to be the retailer version of 24Hour Comics Day. That event challenges cartoonists to create a full 24-page comic in 24 consecutive hours.

My "30HourRetailerDay" consists of challenging myself to cram as much business (and fun) as I can into a roughly 30 hour period from the time my flight out of Oakland departs at 6am on Friday 7/13 to the time I land back in Oakland at about 1:30pm Saturday 7/14.


In addition to the two public panels I promoted above, I'll be involved in a business breakfast Friday talking about plans for Free Comic Book Day 2013 and another breakfast Saturday with DC Comics Senior VP of Sales (and also my friend) Bob Wayne.


In between those two early morning meal-meetings, I'll be fully-engaged with a slate of retailer-oriented programming under the auspices of ComicsPRO, the retailer trade and advocacy association of which I am currently serving as president. That will take me through 5:30 and the close of the "So You Want to Be Comics Retailer?" program. 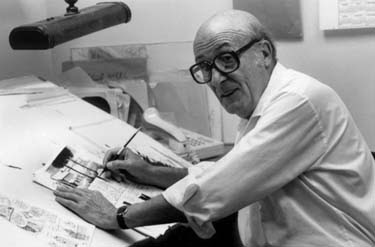 From 5:30-7:00, I hope to see a bit of the convention floor and visit with some friends in the business, maybe even buy some old comics. I will also try to make quick stops to visit with key suppliers and hopefully set up some cool things to come for Flying Colors.


At 7:00pm, I'll be joined by the very talented Viktor Kalvachev and other friends at my co-sponsor table at the Will Eisner Comic Industry Awards.  Viktor is nominated for two Eisner Awards for his work on Blue Estate.  (If that isn't another great invitation to check out Blue Estate, I don't know what is!) 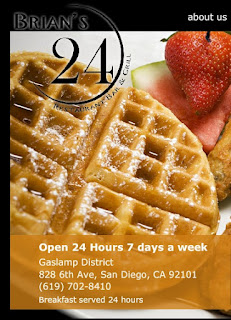 The Eisner Awards ceremony is always a lot of fun and moves have been made in the last couple of years to streamline the event so it doesn't run too far into the night. As it is, I expect that between the length of the Awards' ceremony and the after-party, that I'll be finished with those duties sometime around midnight.


Being Friday night in San Diego, there is no shortage of choices for other parties to attend after the Eisners. But since I'll be working on no sleep and taking my Friday into the early light of Saturday, my partying will consist mostly of bottled water and some food. No alcohol or caffeine for me.

So if anyone wants to schedule some meeting time with me while I'm in San Diego, how about we meet after midnight at Brians24, the Gaslamp District's 24 hour restaurant?   I'll be the one dozing in my waffles.