To Do List: Meet FRAGGLE ROCK writers at Flying Colors on Saturday May 29 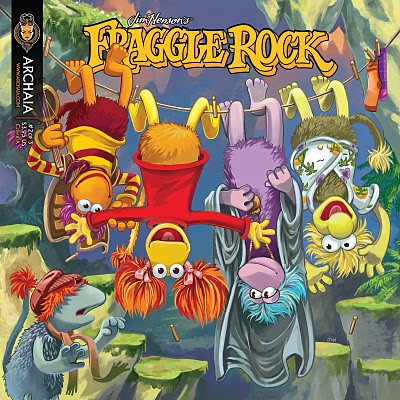 Well, my pal Mel Caylo at Archaia called me to set up an appearance for two of FRAGGLE ROCK's writers for the release of FRAGGLE ROCK #2... and it's a "GO!"

Saturday May 29 from Noon-3PM, stop by Flying Colors to meet writer/cartoonists Leigh Dragoon and Adrianne Ambrose.

Leigh has previously workd with Sam Keith on the series My Inner Bimbo from ONI Press, as well as Faerie Path manga from Tokyopop/HarperCollins.

Adrianne was nominated for a Writer's Guild of America award for video game Dangerous High School Girls in Trouble, and is also the author of  Confessions of a Virgin Sacrifice, an entertaining farce that pokes copious amounts of fun at the fantasy genre.

FRAGGLE ROCK #2 hit the racks on Wednesday May 26.